Eva Skira on faith, the glass ceiling and her big break

Eva Skira on faith, the glass ceiling and her big break
7 December 2021 by Lawrie Hallinan

A respected regular on corporate boards in her adopted home of Perth, Eva Skira appears to have led a charmed life. 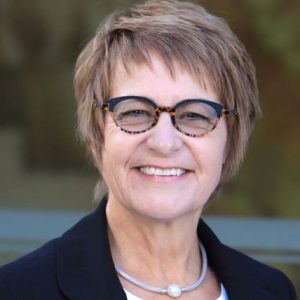 But behind the glowing resume is a tale of resilience, hard work, and the feeling of always being something of an outsider in her own country, a life at the margins, as she likes to describe it.

The daughter of refugee parents, Eva is now something of a permanent fixture in corporate WA, with one of her key roles being as a trustee of one of Australia’s largest health care organisations, St John of God Health Care.

Eva joined the St John of God board back in the late 1990s and now chairs its Board of Trustees. In 2019 she was awarded an Order of Australia for services to business. Mining, education, health, utilities, public transport. You name it and she has overseen it.

But Eva qualifies this widespread acceptance: “I don’t live in the mainstream. I’m on the periphery.”

To understand what she means you must go back to her childhood in Launceston, amid the fog and damp on the banks of North Esk, where her Ukrainian refugee parents – displaced persons as they were called – arrived in late 1940s Tasmania, with little more than the clothes they stood up in, leaving the wreckage of Europe and their homeland behind them.

Her young parents were both educated people with university degrees under their belts, but that counted for little in those days, and it was at the local sawmill where her father found work. It’s a familiar story and one that had its own sliding-doors moment; the ship bound for Canada could not accommodate both her parents, so they sailed for Australia instead.

Eva’s parents channeled their thwarted aspirations into their children, making sure they wanted for little in their bid to turn them into Australians and assuring their assimilation into society.

But, as she recalls, they were never entirely accepted by the almost exclusively white Anglo-Saxon 1950s Australia. They were identified them as “aliens”, until 1956 when the then-Immigration Minister Harold Holt welcomed them with a certificate as naturalised Australians.

Not that she is resentful, anything but. “You wanted to become the centre. And you wanted to be mainstream, but because you never personally identified as mainstream you tended to drift towards the margins.”

It’s a tale that is common among many immigrants to Australia, particularly those who came before the cultural thaws of the 1980s.

Nevertheless, the young Eva succeeded at school and was accepted into the Australian National University in Canberra, eager to expand her horizons. But rather than thrive, she struggled, enduring three difficult years there, struggling to make the transition from the closeted society of Launceston to the more worldly environment of Canberra.

“It’s very confronting and in a sense I was lost in that big world and I had to come back and find myself.” But it was a learning experience. “The parts [of your life] that challenge you are actually where you experience the greatest personal growth.”

Later she adds: “I think that resilience is something that the earlier you can experience hardship in your life, the better.”

The ANU was a false start rather than a major setback. She returned to university after getting married, picking up a first-class honours degree in economic history at the University of New South Wales, under the tutelage of the noted public servant Peter Shergold.

From there she joined the Commonwealth Bank as an economist. But it was her selection by the bank to undertake an MBA at the International Management Institute in Switzerland that not only propelled her career but also her confidence, especially given she topped her class.

“It was a really good period. I came back to the bank after that and I did some capital markets work, then I did strategy work for them, and helped to start up their non-banking arm, so insurance, general insurance, pension funds and things like that.”

The MBA might have boosted her career, but it was a change in her personal circumstances that brought about a real step change in her life, and in effect became her big break.

Eva and her husband John, a geologist, moved to Perth for work, but the vagaries of the mining industry did not make for job security. She was in her early 30s and had two children and a third on the way, and needed to find a way to provide for them – the struggle to juggle that is familiar to many women.

A friend at the University of Western Australia, where she was teaching part-time, suggested Eva for the board of Transperth, the state’s public transit organisation. Here she takes up the story:

“I was called for an interview and I was seven months’ pregnant, and I thought, they won’t be interested in me. I had no corporate clothes, so a friend that I had made here lent me a skirt and a jacket. We had developed a few lines to say if I was asked about being pregnant and what would I say.

“And if they didn’t ask me, then I’d say something to prove that I didn’t see it getting in the way of my being able to be on the board. But they didn’t think like that in those days. Anyway, I got invited on to that board. So that was a huge step up for me, huge. That was one of those really important ones.”

From there things just seemed to slip into place: she was invited on to the audit committee, then to chair it, and was then invited on to some other committees where she toiled away, largely out of the limelight, until the Enron disaster exploded and the corporate world was never the same again.

“Before these were the committees where it was just compliance driven … but then there was a period where all of those committees became a very important part of governance. So, I caught that wave. Often when I got asked on to another board, it was because I understood how to run an audit committee.”

Thirty years and many boards later Eva is still very active, but now she gets to choose exactly who she wants to work for.

“I don’t do it if it’s not a stretch or challenge. What I need are new challenges that sustain my interest. If I don’t bring my passion to the job then I won’t be able to do justice to the organisation or to myself.”

Eva on being a working woman

“I never felt victimised in the workplace and yet I was often the only woman among a group of men whether that was in stockbroking or institutional banking.

“If I felt any criticism then I saw it more as reflection of me as a person rather than as an attack on my gender or anything like that.

“That was my narrative. I didn’t let the narrative of gender dominate in any way, I didn’t frame it as a gender issue.

“I think in a way I was lucky because my career took off at a time when companies were really looking to get more women on board. There was a rethinking of the female agenda at the time so it was fortuitous.

“And I was also married. It might sound strange but being married in the workplace made it easier. It sent a message to your colleagues that a part of your life was elsewhere – at home with your husband and children. You weren’t seen as a threat which allowed me to get on with the job.”

“Generally … and for women, I say this for women: say yes to the opportunities.

“I think people sometimes see in you things that you don’t see in yourself.

“So if you’re invited to do something, if you have an opportunity, basically there’s a need that they have, or they see something in you that they feel you can respond to.

“People generally don’t set people up for failure, they don’t want you to fail.

“If you think it’s a stretch, or ‘how am I going to make it work’, it does. You do make things work.

“I’ve seen it happen that people are a bit cautious.

“You’ve got to feel a little bit of a sense of alignment with what that opportunity is … like, I would never do sex drugs and rock ’n’ roll.

“So, I think we have our in-built filters, and I think we give out to the world what our filters are.

“Out of that, opportunities come.”

“My faith is very, very important. I’m a big Catholic.

“When I put my mind to doing something with the Catholic community in Australia, which became coming to St John of God Health Care and then later to becoming a trustee and now a general trustee, my faith is very important to me.

“It is a huge personal alignment for me. It’s like in a sense of being at home, a sense of coming home in terms of my faith and my alignment with a Catholic organisation. It’s hugely important.

“We have had two millennia of people who were fighting for the Catholic Church, as crusaders or in normal day-to-day life. Even being in tough situations, they still had God in their heart. They still had Jesus Christ and they were followers of Christ.

“All of us are God’s people. Working day to day and figuring out life doesn’t mean that we don’t hold our faith close to us.”